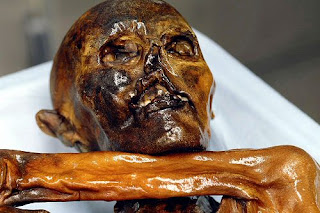 Indeed, it has recently been shown that Otzi the iceman, the 5300 year old Neolithic mummy found in the Alps, was infected with Borrelia burgdorferii. I am not aware of any similar tests having been carried out on bog bodies or other mummies yet, but Borrelia burgdorferi DNA has been isolated from 13 of 1,036 mite museum samples in the United States (Persing D, Telford Sr, Rys P, Dodge DE, White TJ, Malawista SE, et al. Detection of Borrelia burgdorferi DNA in museum specimens of Ixodes dammini ticks. Science 1990;249:1420-3). Mites are also known to carry borrelia bacteria, though most human infestation is thought to come from ticks.

It was the belief that our forebears must have somehow learned to cope with borrelia infestation that led me to search for a readily available natural treatment. I had previously read Wolf Storl's Healing Lyme Disease Naturally, and, though the teasel tincture didn't work for me, it did help to set me in the right direction. Similarly MM Drymon's Disguised as the Devil, or it's much cheaper on Kindle, in which she links the Salem witch trials to Lyme disease. Lyme disease seemed to me to be unavoidable in a society with a close relationship to nature, especially along the edges of woodland.

I was very lucky that the first plant I tried (Amanita muscaria) grows in abundance where I was living at the time, and that it was the growing season (late August to early December) during the time I was looking for a treatment. I cannot imagine life without it now. I have since researched its history and uses, and it does seem that humankind has long enjoyed a close relationship with this plant.

Where people do still live a life similar to that of our prehistoric ancestors, for example the pastoral nomads in northern Sweden, Finland and remote areas of Siberia, the ticks that harbour the disease live in abundance, and infestation with borrelia bacteria is endemic. These are the areas where fly agaric is still traditionally used, and not just for shamanic journeying. It is given in small daily amounts to treat physical fatigue, and poor memory and cognition. The elderly receive it as a matter of course. Is it treating the symptoms of chronic Lyme disease? I do believe so.