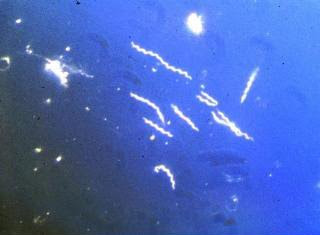 I was finally diagnosed with neuroborreliosis (late stage Lyme disease) a few weeks ago, after at least sixteen years of infection, and four and a half years of total debilitation. I was prescribed strong antibiotics (500mg of cefuroxime twice a day), which I finally started taking last week. I'd held off from taking them in order to figure the right fly agaric tincture dosage, but it seems now that this is much more variable than I had realised.

It took a few days of the antibiotics before I realised that I was mentally and physically deteriorating. Unfortunately with Lyme disease, insight often goes out of the window. There have been times when I've declared how much better I'm feeling, only to find out later that I'd just temporarily lost what little insight I do have. So much of Lyme disease is trying to cope with a substantially diminished mental and physical arsenal. You can have all the will in the world though, and it doesn't make a huge amount of difference. It really is like a fairytale enchantment.

The antibiotics kill off more borrelia bacteria, which creates more neurotoxins, which find their way to your brain and clog up the neurones in the brain stem. This is what leads to symptoms such as chronic fatigue and dementia.

By the weekend I decided to try 3 drops of the fly agaric tincture in every cup of tea I drank. Not very scientific, but easy to remember. It really helped. I got some good exercise both days, and was able to cope with everything I had to do.

Yesterday I went back to 3 drops times a day, and was so exhausted by the evening that I pretty much couldn't even think. A good night's sleep though, and I'm feeling better again this morning. I'll stick to 3 drops in every cup of tea for a while, especially with Christmas and the extra energy needed for that.

I did manage to publish an app for the first time since about March, when I started treating the Lyme disease, and the neurotoxins must have started really building up. So I'm incredibly grateful to the fly agaric for giving me this level of improvement.

It's scary being back in the dusty void of Lyme disease dementia. It took some courage to start on the antibiotics, as I knew that there was a chance everything would go foggy and I'd end up a zombie again. When I first took antibiotics for the Lyme, back in February/March when I presented with an erythema migrans rash, the dementia hit me like a cattle stun gun, and hasn't really cleared since. At least with the fly agaric tincture, I stand a chance of bringing myself out of it to some degree by increasing the dose.

On the forum I frequent, some people are doing essentially the same thing with nicotine patches. Nicotine acts the same way as the muscarine in the fly agaric, stimulating the acetylcholine receptors in the brain stem so that messages can get through. It seems that with that also, dosage is a very individual thing.

The image in this post is of the borrelia bacteria, borrowed from textbook of bacteriology.