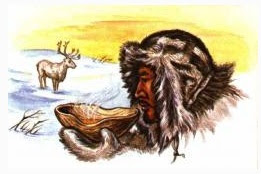 Here are the only mentions I've been able to find on the net of using fly agaric in small medicinal doses. Mind, Google would have only returned sites written in English. If you are aware of any others, please add them in comments.

The Koryaks use this mushroom in a variety of ways, including administering it to their old people to insure their sleep at night and their energy during the day. Tatiana, the Even shaman, uses this mushroom externally as a poultice to treat patient wounds, as an anti-inflammatory and analgesic, and internally (by herself) as a device to allow her to visit the spirit world to seek, for example, the cure for an illness (physical, mental, or spiritual), or the place where a successful hunt could occur.

The fly-agaric mushroom is gathered by the young and middle-aged Koryaks in the summer and early fall and dried for use during the winter months primarily by the elderly.

Three small fresh pieces of mukhomor good for sore throat and cancer. Preparation for arthritis: Place several young A Muscaria into an airtight container. Put container into a cool dark place (like a basement) until liquid comes out of mushrooms. Take a mushroom in hand, squeeze out moisture and place the pulp on arthritis. Bandage overnight. Mushroom body can be replaced in liquid and will last a long time.

Sometimes dried mushrooms were soaked in distilled Bilberry juice - obviously a fairly modern method since distillation only arrived in Siberia in the 1500. Occasionally they were mixed with the juice of Willow-Herb. No research is known to have investigated the possible synergistic action of this combination. Medicinally it was used for 'psychophysical fatigue' and for bites of venomous snakes. (Saar, 1991) It was also applied externally to treat joint ailments (Moskalenko, 1987). In Afghanistan a fly agaric smoking mixture known as tshashm baskon ('eye opener') is used for psychosis (Mochtar & Geerken, 1979). In Western medicine Fly Agaric serves as a well known homeopathic remedy, used for tics, epilepsy and depression, and in conjunction with homeopathic Mandrake tincture, is used to treat Parkinson disease. (Villers & Thümen 1893, Waldschmidt 1992).

Amanita muscaria has an alternative health application, giving its inclusion into the magical mushrooms arena of interest. Fly agaric remains closely linked with the neurological functioning of the human body in alternative medicine. Amanita muscaria as a mushroom has uses in treating varying nervous disorders. These disorders originate within a neurological capacity and include such illnesses as dementia, continual dizziness, and Parkinson’s disease. Other uses for this magical mushroom as an alternative medicine has enabled sufferers from nervous tics, depression and epilepsy to feel significant less adverse symptoms with the use of the fly agaric as a medicine.. The mushroom primarily focuses on cerebral treatments. This revels the mushroom has a chemical ability to effect a persons neurotic state of wellbeing.

It is given in homeopathic doses against scabies and psoriasis.

* Chronic fatigue and ageing *
Fly agaric is still used in Siberia and Russia especially by elder people to reduce fatigue, to give more strength and to raise the spirit. They mostly make a tea, boiling either dried or fresh cap of mushroom in water for some time. They add honey to the tea and drink it by small portions.

* Tumor, low immunity and skin diseases *
Some people believe that fly agaric has antitumor and immunostimulating properties. For these purposes it can be used both inward and outwardly.

Besides making a tea, Russian people also make an extract, infusing fresh cups with alcohol. They take it inward in 0.5-1 teaspoon daily, as well as apply on skin to heal eczema, swellings, allergic dermatitis and other skin diseases.

* Rheumatism and joints diseases *
People believe that applying a compress with fly agaric extract helps to relieve a pain in bones and joints.

It's 2-3 drops of tincture on the spine, when sciatica hits. Relief is pretty much instant.

In case of psychophysical fatigue the fungus was administered internally (see M. Saar, 19901. intoxication by viper bite called for its external application.

from Fungi in Khanti Folk Medicine

Following the prescription of Fly Agaric almost all of the patients exhibited increased motivation, improved mood and improved mental and physical well-being. Here again it is the doseage that determines that something is not a poison. 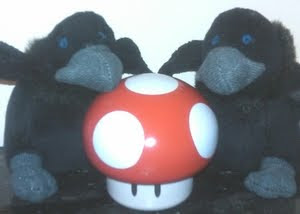 Looking beyond the net for information, perhaps we can turn to the less rational archive of myth and fairy tales. It's possible that knowledge has been encoded in these.

For example, I recently found out that a folk name for fly agaric is "raven's bread". And who are the only two ravens that most people could name? Huginn and Muninn, literally Thought and Memory, who sat on Odin's shoulders and whispered in his ears when he needed to know something.

This struck me as being perhaps more than coincidence, since improving thought and memory are two of the main benefits of eating raven's bread in small raven-like quantities, medicinally.