Gathering the mushrooms and making the tincture 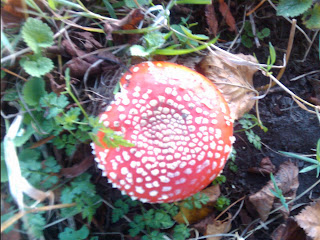 Amanita muscaria is found mostly in woods, from late summer to late autumn. Mostly around birch trees, they can also be found around oak and pine. They stand out a mile, bright red, usually with white spots, unless they've been washed off by the rain.

There are real dangers if you take the wrong mushroom, so if you're not 100% sure, don't do it. Your life or liver might depend on it.

These photos are of some mushrooms I found on the common yesterday. 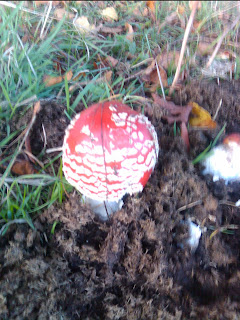 I've just been taking the mature ones (when they've flattened out), and returning for the immature ones a few days later, by which time they've matured. There's a frill halfway up the stem. Cut them off there, then you can air dry them without crushing the gills.

To say thankyou I propagate the spore to create new colonies:

Wrap your harvest individually in cloth. Newspaper will do, but bits of paper will probably get stuck on the mushroom. 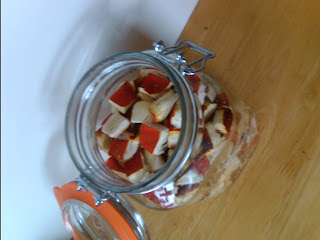 I'm still experimenting with what to do next, but here's what I'm currently doing.