The fly agaric is such an iconic mushroom, instantly recognisable, with a long relationship with the human race. Yet we have no English folkname for it. I propose that stalwart is a forgotten folkname for fly agaric.

The word "stalwart" is of largely unknown etymology. The Online Etymology Dictionary has:

It is clearly made up of two different parts, "stal" and "wart". 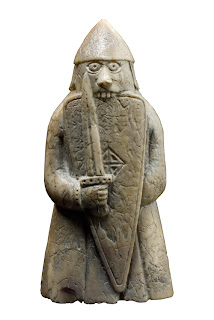 The word "stalwart" is usually used to describe a warrior or a hero, someone who stands strong. This perhaps suggests a connection with ancient fighting forces. It is widely believed that Viking berserkers - and perhaps other warriors, notably Celts - made use of the fly agaric in battle. Therefore a fighter would be considered "stalwart" because they had partaken of the stal wort, the mushroom plant.

Having performed a little archaeological experimentation regarding this, I would posit that the warriors would cover their skin in fly agaric juice, and probably take a bite also. Strength and stamina are increased, and fear dissipates. There is a feeling of immortality. All these are qualities likely to make a warrior stand firm and fight for glory in battle.

Thus the berserker is shielded by the mushroom, which he also takes a bite from. Perhaps this is what the Isle of Lewis chesspiece berserker here is telling us as he bites his shield. 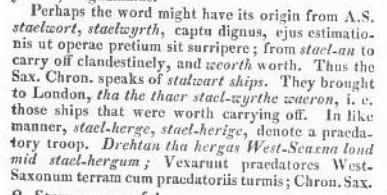 Within the Saxon Chronicles there is the word "staelwort", with a meaning of "to carry away clandestinely". It is likely that any fly agaric mushroom sect would - like those written about by Wasson and Allegro - have secret means of obtaining the mushrooms, carrying them away in a process known only to initiates, and probably subject to much ritual.

Indeed, Wiktionary has "stæl" as meaning "theft", akin to the Old English "stalu", all from the same Indo-Germanic root. This is suggestive of another very interesting possibility, that "stalwart" could be "the stolen plant".

Part of the mythology of the Vedic soma is that the plant be stolen from its guardians. Theodora, from A. A. Macdonell, Vedic Mythology (Strassburg, 1897), explains:

The first soma is supposed to have been stolen from its guardian demon by an eagle, this soma-bringing eagle of Indra being comparable with the nectar-bringing eagle of Zeus, and with the eagle which, as a metamorphosis of Odin, carried off the mead. 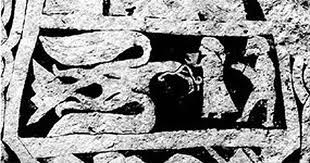 In summary, if stalwart is a lost folkname for fly agaric, it is of Germanic/Scandinavian origin, arriving in Britain with Saxon and/or Viking settlers, and could mean:

and could even provide another clue that perhaps fly agaric does equate with the Soma of the Rig Veda, and is indicative of an ancient entheogenic practice surviving in Indo-European Britain and Ireland. Such is investigated in PL Wilson's excellent Ploughing the Clouds: The Search for Irish soma.

It is, of course, possible that more than one of these meanings could also apply, in a play on words, for example, "the stolen plant that makes strong", even providing "foundation" for a whole culture.